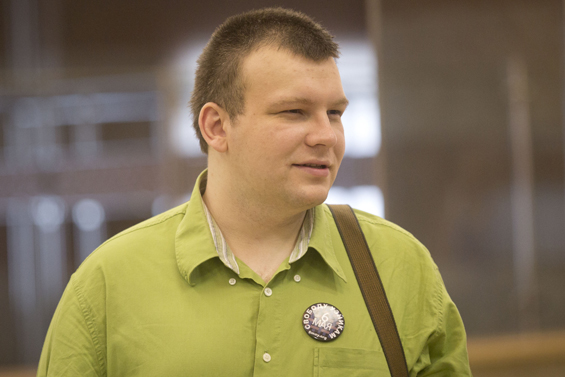 Nikolai Kavkazsky (Spent more than a year in detention in the “Bolotnaya case” and under house arrest since 2 August 2013) While Mikhail Khodorkovsky is sitting in jail, I am under house arrest. But I did spend a bit more than a year in prison nevertheless. One of the main problems in prison is the lack of normal conditions for bathing. The room for bathing is pompously called the “bath house”, but it’s really just an ordinary shower room. In accordance with the rules of internal order, a prisoner has the right to wash a one whole time per week. By the way, you’re not necessarily always able to get in there with even that much regularity. If “bathing” day happens to fall on a day when you have court (after which they bring you up to the cell at around midnight), then it is far from a given fact that they’re going to take you to bathe the next day. The trek to the “bath house” was a holiday for me, even a milestone event; at last I can wash myself in normal conditions, and not just splash myself from under the faucet in the cell. Because I was living in a small cell for three people, we were taken to bathe the usual with the neighboring cell, and that means new conversation partners. In 15–20 minutes you can sometimes manage to discuss quite a lot, all without missing a beat of the main task at hand. But then you’ve got to go around not quite clean for the next 6 days after this, especially in the summer heat. I don’t remember exactly who it was, but it seems it was Valeriya Novodvorskaya who wrote that she would be glad to go into the forest and join the partisans but that she is already incapable of living without hot water. For me too the absence of a bathtub and of a daily hot shower was the biggest hardship for the extent of a year in prison. And this is only one of the hundreds of everyday inconveniences that the Russian bureaucratic state magnanimously offers us in its dungeons. Mikhail Khodorkovsky has been forced to suffer these deprivations for ten years already. Ten years by the whim of the basmanny court. A court not from our 21st century, but one found on the other side of reality, a reality from the pages of some Day of the Oprichnik by Sorokin.