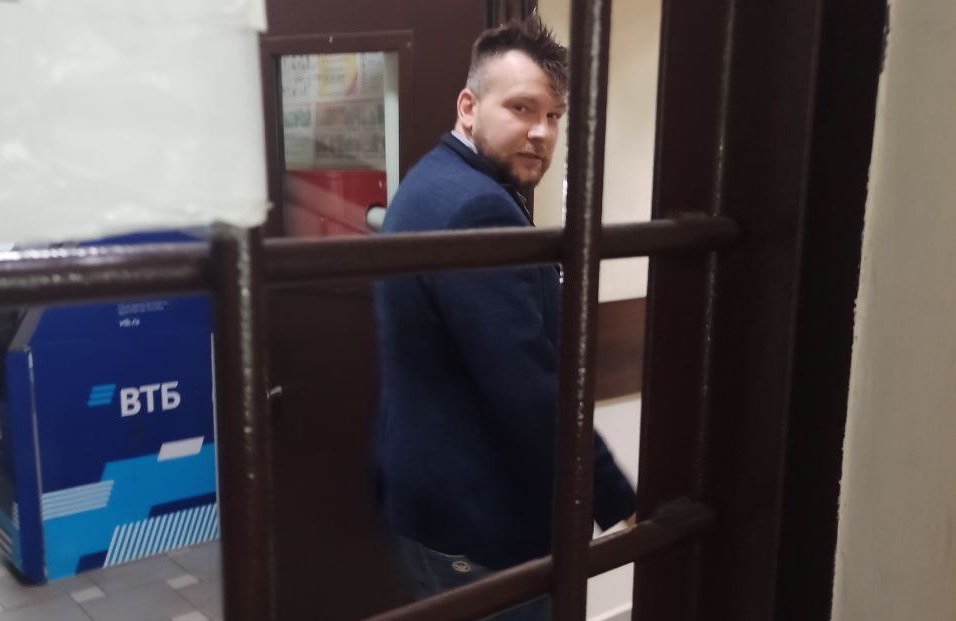 The Basmanny District Court of Moscow has appointed ten days of administrative arrest to Nikolai Kavkazsky, a member of the regional Council of the Moscow Yabloko and human rights activist.

Kavkazsky was found guilty of “demonstrating extremist symbols” (Article 20.3 of the Code of Administrative Offenses of the Russian Federation) the post he did in a social network last year. The post was dedicated to the so-called Smart Voting promoted by Alexei Navalny’s team at the parliamentary elections of 2021. Navalny’s team called to vote for any political party, even communists, but United Russia. This idea was sharply criticised by Yabloko as this let the ruling United Russia and its closest allies – the three pro-government parties, communists inclusive – to get even more mandates in the parliament.

In this post, Kazkazsky commented on the inclusion of his candidacy in the fake Smart Voting list and expressed his negative attitude towards Smart Voting in general.

The police detained Kavkazsky in the courtyard of his own house in the afternoon of 24 June. He spent several hours in the Basmannoye police station, where an administrative protocol was drawn up against him, after which the police took the human rights activist to the Basmanny Court. The time break between the hearings of the court and the decision on the case amounted to five hours. Kavkazsky will serve his sentence in Special Detention Centre No. 1.

Nikolai Kavkazsky planned to participate in the Moscow municipal elections in September. However, according to the Russian law, those brought to administrative responsibility under Article 20.3 of the Administrative Offenses Code (“propaganda or demonstration of extremist symbols”), are deprived of the passive electoral right (the right to be elected) for a period during which they are considered subjected to administrative punishment.

This is not the first time in Moscow that the authorities are prosecuting candidates for municipal deputies under this article in order to deprive them of their right to participate in elections and be elected.

Nikolai Kavkazsky was a defendant in the Bolotnaya rally case. He was arrested in the summer of 2012 and spent in a detention centre over a year. The criminal case against Kavkazsky was terminated under an amnesty.

On 25 February 2022, Nikolai Kavkazsky was arrested for six days for participation in a protest action that was not permitted by the authorities.

Read more  about the persecution of Yabloko members after the start of the “special operation”.